The AMD Ryzen 7 5800X3D is the only processor with AMD 3D V-Cache technology. The Ryzen 7 5800X3D is the first desktop processor with a stacked L3 cache, delivering an unmatched 96MB of L3 cache paired with incredibly fast cores to create the worldâ€™s fastest gaming desktop processor. It has a base clock speed of 3.4GHz and reaches up to 4.5GHz. The performance of Ryzen 7 5800X3D is consistently very good in all applications. Especially in multi-threaded applications, the native 8-core can show its strengths, although the single-core performance has been significantly improved compared to the older Zen 2 architecture.

It comes with a full suite of technologies designed to elevate your PCâ€™s processing power including Precision Boost 2, Precision Boost Overdrive, PCIe 4.0 on select processors, and Resizable BAR. The Ryzen 7 5800X3D comes with 2 memory channels that support DDR4 memory type and support up to 3200 Mhz RAM. It is supported with X570, X470, B550, B450, and A520 chipsets. In games, AMD’s Ryzen 7 5800X3D can convince with its significantly improved IPC and even put Intel in its place. With the AMD Ryzen 7 5800X3D, gamers are well prepared for the future as simultaneous streaming is no problem with the new Ryzen 7 5800X3D.

There were several times while testing the AMD Ryzen 7 5800X3D processor that I had to look over my notes and mutter under my breath that “this can’t be right,” as I ran the benchmarks again. The numbers held up, and after days of grueling testing it’s indisputable that AMD has delivered one of the best gaming processors we’ve ever tested.

The Ryzen 7 5800X3D is, in many ways, a rearguard action against a strongly resurgent Intel, which has powered itself back onto the field with the incredible performance of its new Alder Lake architecture. This is especially true with the Core i9-12900K, which is aimed right at the lizard brain of PC enthusiasts and gamers who measure the passage of time in FPS.

This is the chip that the Ryzen 7 5800X3D is trying to take down, and while it doesn’t land a decisive knockout blow, that it is even in contention at all is a remarkable feat. The fact that it manages, at times, to outperform the best processor on the consumer market is genuinely shocking, and the fact that it is consistently as fast as the best AMD processors around, despite being an entire performance rung down from the Ryzen 9s, pretty much makes every other processor in AMD’s lineup irrelevant – if you’re a gamer, that is.

If you’re a content creator, developer, or general PC hardware enthusiast, the Ryzen 7 5800X3D isn’t going to have a whole lot for you above what you’d find with other Ryzen chips, and while the performance improvements provided by 3D V-Cache are impressive in synthetic testing, diving into actual gaming on the highest settings only really brings the Ryzen 7 5800X3D to rough parity with competing processors.

And given the AMD Ryzen 7 5800X3D’s relatively weak non-gaming performance, this becomes less of a gaming processor that you’d built a new rig around and more like giving your gaming PC a bottle of nitrous oxide for an extra boost of performance for a relatively low cost.

If you’re a gamer who already has an AM4 motherboard and system set up around a recent Ryzen chip, then upgrading to the AMD Ryzen 7 5800X3D at the first possible opportunity is a no-brainer. The performance gains while gaming are tangible in ways few other upgrades can really match, second only to making the move from 8GB RAM to 16GB or 32GB.

If you’re not already set up with an AM4 system, however, buying new hardware just for this chip is hard to justify when spending a little more can get you an Intel Alder Lake chip, which will have competitive gaming performance, but brings a whole lot more to the table than just 3D V-Cache.

Still, the AMD Ryzen 7 5800X3D is a vital life raft for AMD post-Alder Lake that will likely keep AMD gamers on board for a little while longer until we can move into the Zen 4 era. And given how impressive 3D V-Cache is, seeing how AMD integrates this new technology into its next gen processors will be something to watch for in the months ahead.

So the performance of the AMD Ryzen 7 5800X3D is definitely a mixed bag, at least when compared to its peers. If you are looking to upgrade from an old Zen 2 processor, than there’s nothing but upside here, but the problem gets trickier when you compare it to the most recent releases from both AMD and Intel.

Consistently, the Ryzen 7 5800X3D and the standard Ryzen 7 5800X scored about the same in our benchmarks, and in some cases performed close enough to each other as to be indistinguishable, especially during non-gaming tasks.

But even AMD will tell you that the Ryzen 7 5800X3D is meant to be a gaming processor, and it is in this context that the chip really puts that 3D V-Cache to good use.

For nearly all the computing work out there, cache really doesn’t factor all that much into things. The processor’s controller will fetch some data from RAM and put it in cache and use it as needed. When this data is a spreadsheet or lines of code, very few fetches to RAM will need to be made, as most of the work is reading and writing to the same data in cache.

All that changes with gaming, however. Gaming is especially chaotic and unpredictable, with player actions triggering all kinds of asset loads from memory like animations and sound effects. Loading this all into cache can easily eat up a processing core’s allotted cache addresses before a scene is even rendered fully, so you end up with constant fetching to RAM nearly every frame. With a whopping 100MB of available cache, though, multiple textures, 3D models, and other large asset files can be loaded up quickly, which lets the computer process gameplay quicker, resulting in faster fps.

We tested several games using the fastest, most powerful hardware we had handy, including an RTX 3090 Ti, 32GB RAM, and a Samsung 980 Pro M.2 SSD to give the processors we tested the most freedom to operate without constraints from data bottlenecks elsewhere. We also ran our tests on low quality settings, which takes GPU intensive tasks off the table so that CPU performance can be better measured.

In this environment, the performance of the 3D V-Cache is incredible, easily blowing past the AMD Ryzen 9 5950X and Intel Core i9-12900K on every game we tested it on.

The numbers were so unexpected, honestly, that I really did have to rerun a lot of tests just to make sure I hadn’t screwed up some settings. The results were consistent across the board in the end, and the Ryzen 7 5800X3D simply ran away with it at every opportunity.

But if you’re investing this much money into gaming hardware, you likely aren’t doing so to just run every game on Low Quality at 1080p. So, we also ran these same gaming benchmarks at 4K and max settings, cranking everything from ray tracing to texture quality to the highest it would go.

This definitely brought things down from the lofty heights of 400 fps, but even in this, the Ryzen 7 5800X3D stands out.

The addition of 3D V-Cache essentially turns a Ryzen 7 into the best Ryzen 9 chip out there, and even goes pound for pound with Intel’s next-gen processor, at least as far as gaming is concerned. In short, if you’re in the market for a new AMD processor for your gaming PC, this is it. This is the chip you’re looking for, and it’s doesn’t cost a penny more in MSRP than the standard Ryzen 7 5800X.

There are no reviews yet. 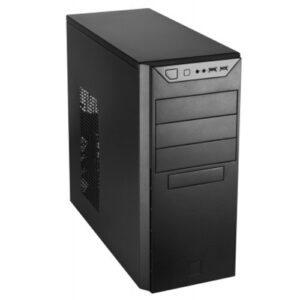 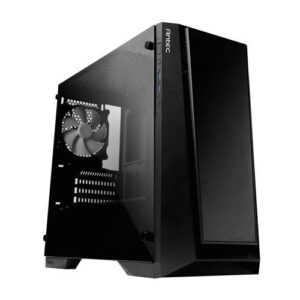 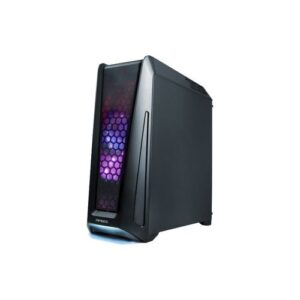 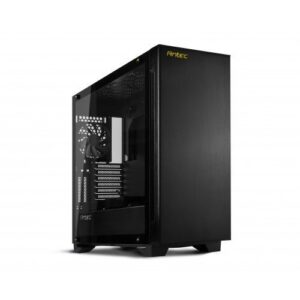