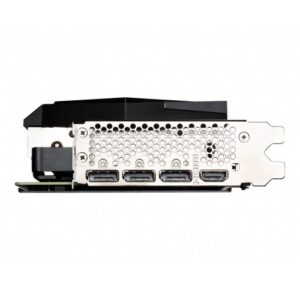 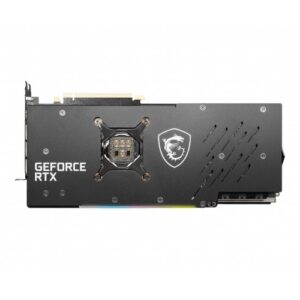 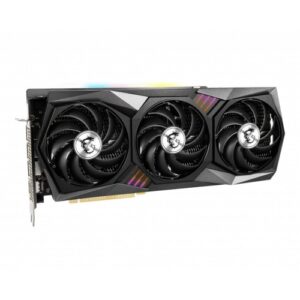 THE GAMING YOU KNOW & TRUST

The latest iteration of MSI’s iconic GAMING series once again brings performance, low-noise efficiency, and aesthetics that hardcore gamers have come to recognize and trust. Now you too can enjoy all your favorite games with a powerful graphics card that stays cool and silent. Just the way you like it.

It’s time to put on team colors. Synchronize lighting with other compatible devices to take the light show to another level. Going dark is as easy as turning the lights off.

WE KEEP IT COOL AND QUIET

The TRI FROZR 2 thermal system has been designed for efficiency. Expect a perfect balance of cool and quiet for more fun during endless gaming sessions.

Core Pipes are precision-machined for maximum contact over the GPU and spread the heat along the full length of the heatsink for optimal cooling.

TOUGH ENOUGH TO BACK YOU UP!

GAMING has been crafted to serve you well during intense game play. This legendary item has extra power unlocked through the Custom PCB.

The MSI GeForce RTX 3080 Gaming X Trio is the company’s premium offering based on NVIDIA’s landmark RTX 3080 “Ampere” graphics card released earlier this week. The Gaming X brand represents a category-defining line of graphics cards by MSI that combine premium factory-overclocked performance with aesthetics that go with contemporary DIY gaming PC builds. The new Gaming X board design sees the use of a large triple-slot, triple-fan cooling solution to tame the overclocked RTX 3080, along with more visible ARGB lighting elements than the previous generation. The company figured out that when installed in the case, the backplate and top of the card are more visible than the front with the fan intakes. We also see better symmetry in the design and arrangement of the three fans.

The MSI GeForce RTX 3080 is being labeled by NVIDIA as their new flagship product, with a promise of bringing AAA 4K UHD gaming with raytracing at price-points previously held by 1440p-class graphics cards. The RTX 3080 is also designed to offer high refresh-rate gameplay at 1440p and 1080p resolutions. The new Ampere graphics architecture by NVIDIA heralds the 2nd generation of the company’s path-breaking RTX real-time raytracing technology. NVIDIA perfected a means of combining traditional raster 3D graphics with certain real-time raytraced elements, such as lighting, shadow, reflections, ambient occlusion, and global illumination, to make the hybrid raster+raytraced 3D scene as true to life as possible.

MSI GeForce RTX 3080 2nd generation RTX technology with Ampere sees NVIDIA introduce a new double-throughput CUDA core that can process concurrent FP32+INT32 operations; the 2nd generation RT core has fixed-function hardware to process temporal elements of raytracing, enabling new RTX effects, such as raytraced motion blur, an effect that was earlier post-processed and inaccurate; and the new 3rd generation Tensor core that shares much of its design with the heavy-duty Tensor cores of the A100 Tensor Core AI HPC processor NVIDIA launched this Spring, which leverages the sparsity phenomenon in deep-learning neural nets to increase AI inference performance by an order of magnitude.

NVIDIA has also more than doubled the SIMD horsepower of the RTX 3080 over its predecessor, the RTX 2080, with a staggering 8,704 CUDA cores, 68 RT cores, 272 tensor cores, 272 TMUs, and 96 ROPs. To feed all this compute muscle, NVIDIA has also significantly upgraded the memory solution—10 GB of new GDDR6X memory clocked at 19 Gbps over a 320-bit wide memory interface, which works out to 760 GB/s of bandwidth, a 70% increase over the previous generation. The new “GA102” silicon at the heart of the RTX 3080 is built on a new 8 nm silicon fabrication process Samsung designed specially for NVIDIA. The card also takes advantage of PCI-Express 4.0 x16, which means it is ready for new-generation desktop platforms.

MSI GeForce RTX 3080 Gaming X Trio builds on NVIDIA’s strengths with a powerful new board design capable of powering the RTX 3080 with up to 525 W of power even though the chip’s TDP is around 340 W. The card sticks to conventional 8-pin PCIe power inputs, and its cooling solution features multiple aluminium fin stacks held together by seven 6 mm-thick copper heat pipes that make direct contact with the GPU at the base; these are ventilated by 95 mm fans.