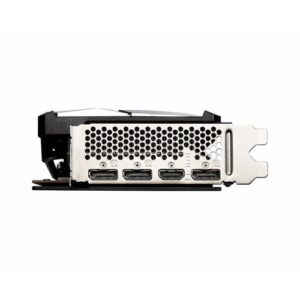 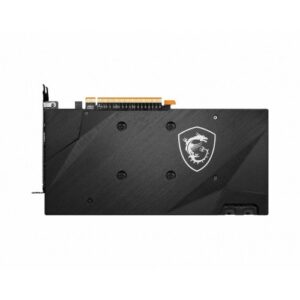 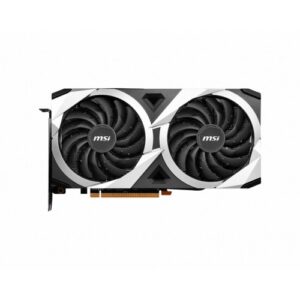 The new Radeon RX 6000 Series graphic cards are Direct Storage-optimized to help cut game load times and bring vast landscapes to life in incredible detail. Complete the experience with the industry’s most comprehensive display ecosystem, which includes the newest HDMI 2.1 VRR technology and over 2000 AMD Free Sync-enabled game monitors with high refresh rates. Enjoy co-op with up to four people and play your games across many devices as easily as pressing a button with the new AMD Link 5.05. You’ll enjoy a cool and silent experience thanks to two fans and a large heat sink. The award-winning MSI TORX Fan 3.0 design generates high static pressure and pushes thermal performance to new heights. Zero Frozr is the calm before the storm, preventing fans from turning on and keeping the room quiet until cooling is required. A profusion of thermal pads takes advantage of any opportunity for direct heat transfer from the components. For performance and dependability, the bespoke PCB was designed with hardened circuitry and improved trace routing. The length of the card is reinforced by a clean-looking backplate. MSI devices may be monitored, tweaked, and optimized in real-time using the special MSI Center software. Take complete control using the world’s most well-known and extensively used graphics card overclocking program. The MSI Radeon RX 6750 XT MECH 2X 12G OC Graphics Card comes with a 02-years warranty.

We review the MSI Radeon RX 6750 XT Gaming X TRIO. Dressed up like an enthusiast card this 550~600 USD product manages to keep up in performance really well, the card series now comes with 18 Gbps memory and faster clock frequencies. This week we’ll have a wide selection of graphics cards from that new 6×50 series to show you. This particular review will look at the MSI Radeon RX 6750 XT Gaming X TRIO.  The Gaming X Trio (as in triple fan) model is a more premium version as well as being the faster one within the product line. The Gaming X has a newly updated style cooler combining a mix of black and gunmetal grey, at the top side (albeit really subtle) some RGB light effects on the outside. The Gaming X is fitted with three Torx (v4.0) fans based on a Zero Frozr design, which means below 60 Degrees C the fans do not spin. The card has a length of close to 33~34 cm and has two 8-pin PCIe power connectors. Connectivity-wise, you’re looking at three Display Port outputs and one HDMI port. MSI also allows a higher clock frequencies on max boost, 2624 MHz, however, an increased power limit makes the card run faster closer to 2700 MHz. We have a lot to talk about, have a peek at what is reviewed today—one the next two pages, some in-house photos, after which we then head onwards into the review.